Here's all the secrets to getting out of the airport quickly, and at really great rates! 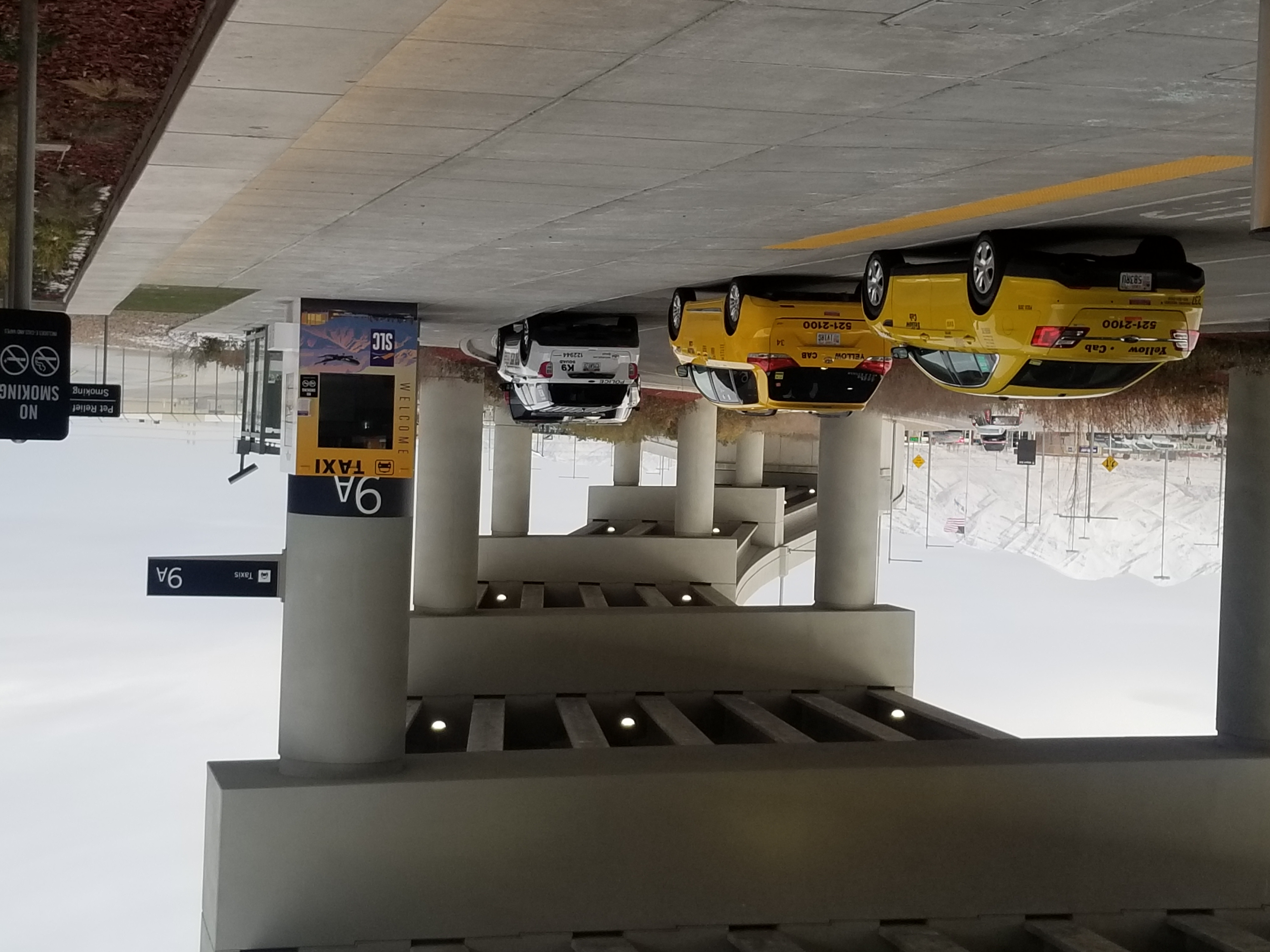 Never a Surge, and Cheaper by the Mile.

People are coming back to traditional taxi services as they discover the true value in consistency and transparency. It's not just about knowing a price vs having to shop for a better value and taking the time and energy to know you're getting the better deal. With vetted drivers requiring a serious background check and their vehicles complying with stringent inspection and repair regulations, the true value in using Yellow Cabs for transportation is far superior.

Fighting for the Taxi industry.

We can compete with
Uber and Lyft! Read more! 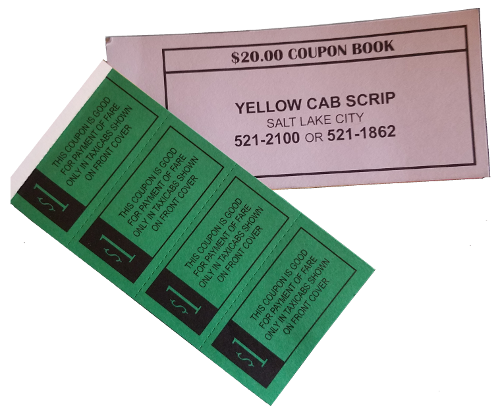 Looking for a great deal?

These discount coupon books can get you a 15% discount on regular metered rates. Buy online and save!

Save on transportation for:

Salt Lake City and Utah in general has some complicated transportation. How do you know whos got the best rates? Consider:

Yellow Cab Utah continues to operate under the old "Salt Lake City Airport Ground Transportation" regulations. What this means is we still operate our vehicles using the old rates set by the city. We offer a "Flag Drop" rate of $2.50, and the metered mile at $2.30. This transparent rate structure was originally designed to allow out of town guest some clarity in transportation costs.

Since the inclusion of the rider app in our market and the need to deregulate the control of the city's Ground Transportation system, things have gotten a little tricky when trying to figure the best cost for transportation. Whats the difference?

The bottom line: please feel free to call our customer service staff anytime for estimates. If we're not the cheapest, we will be transparent about it. We're including some of our standard lanes, and what you can expect to be charged by using our metered taxi cabs. Happy Travels!

2019 Partner in Public Safety Award winner for his part in aprehending fleeing felons after a stolen vehicle hit and run assault, Dave Crotty embodies the essence of professional cab drivers. 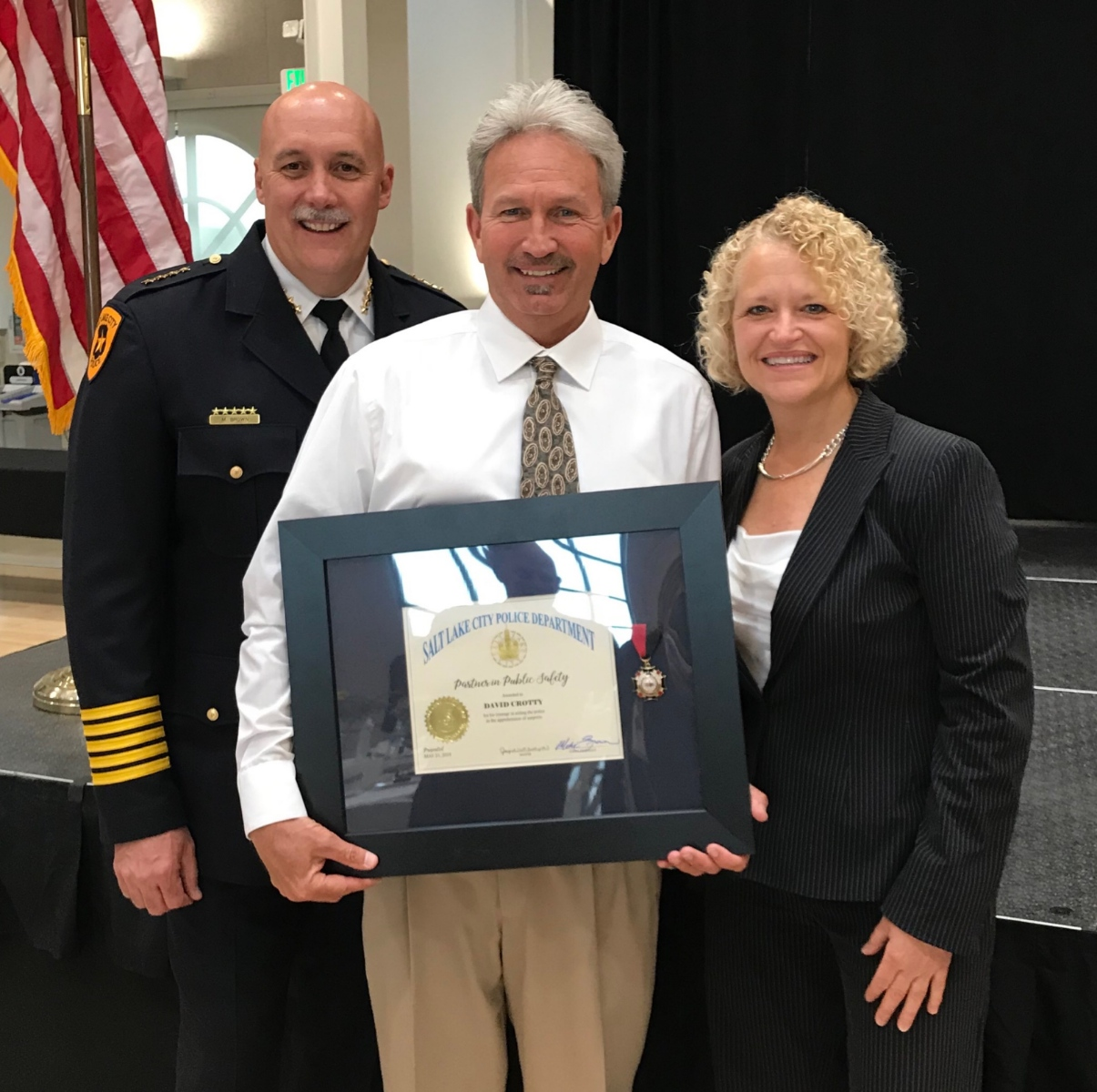 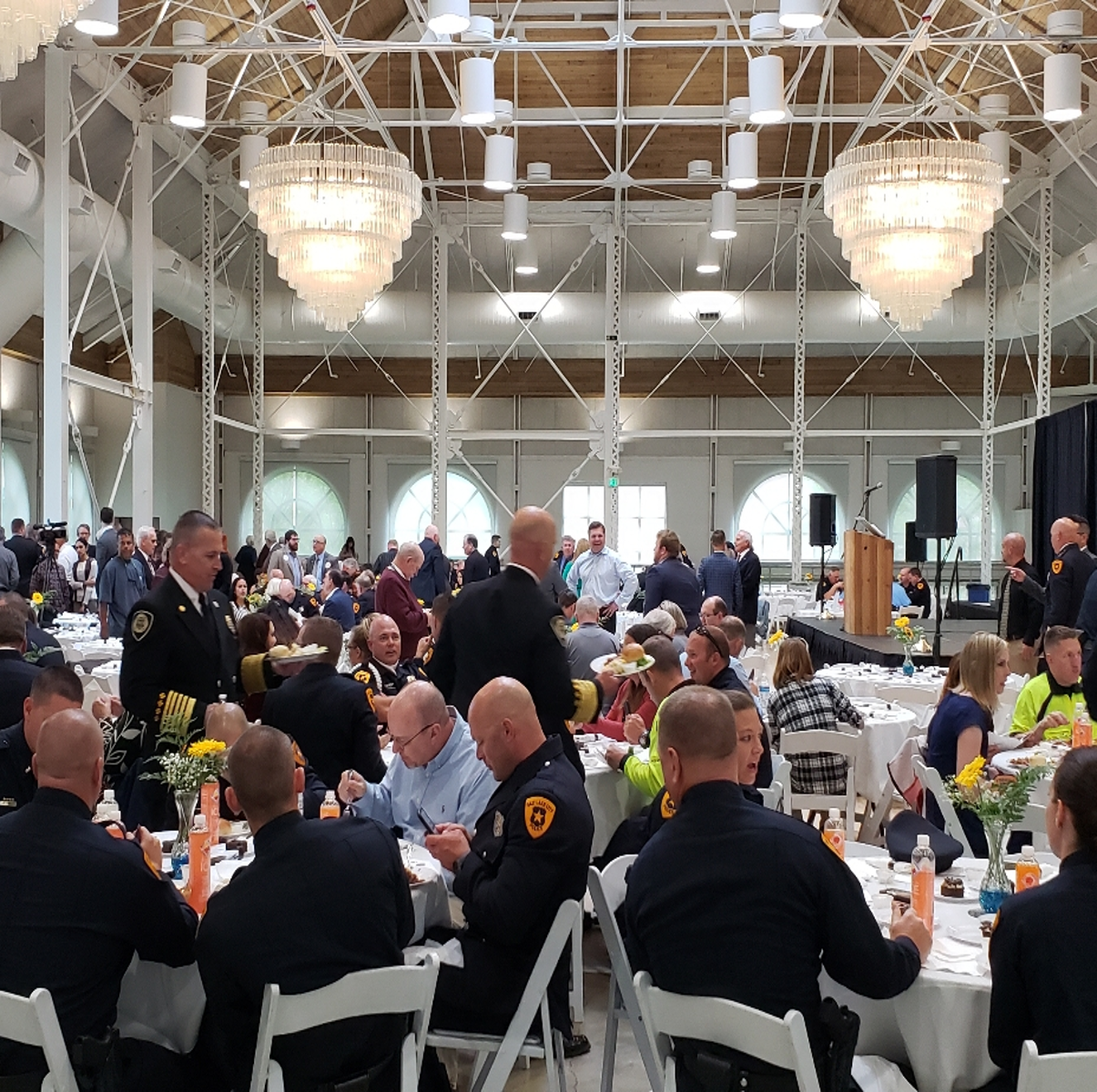 The Mayor with the Police Chief 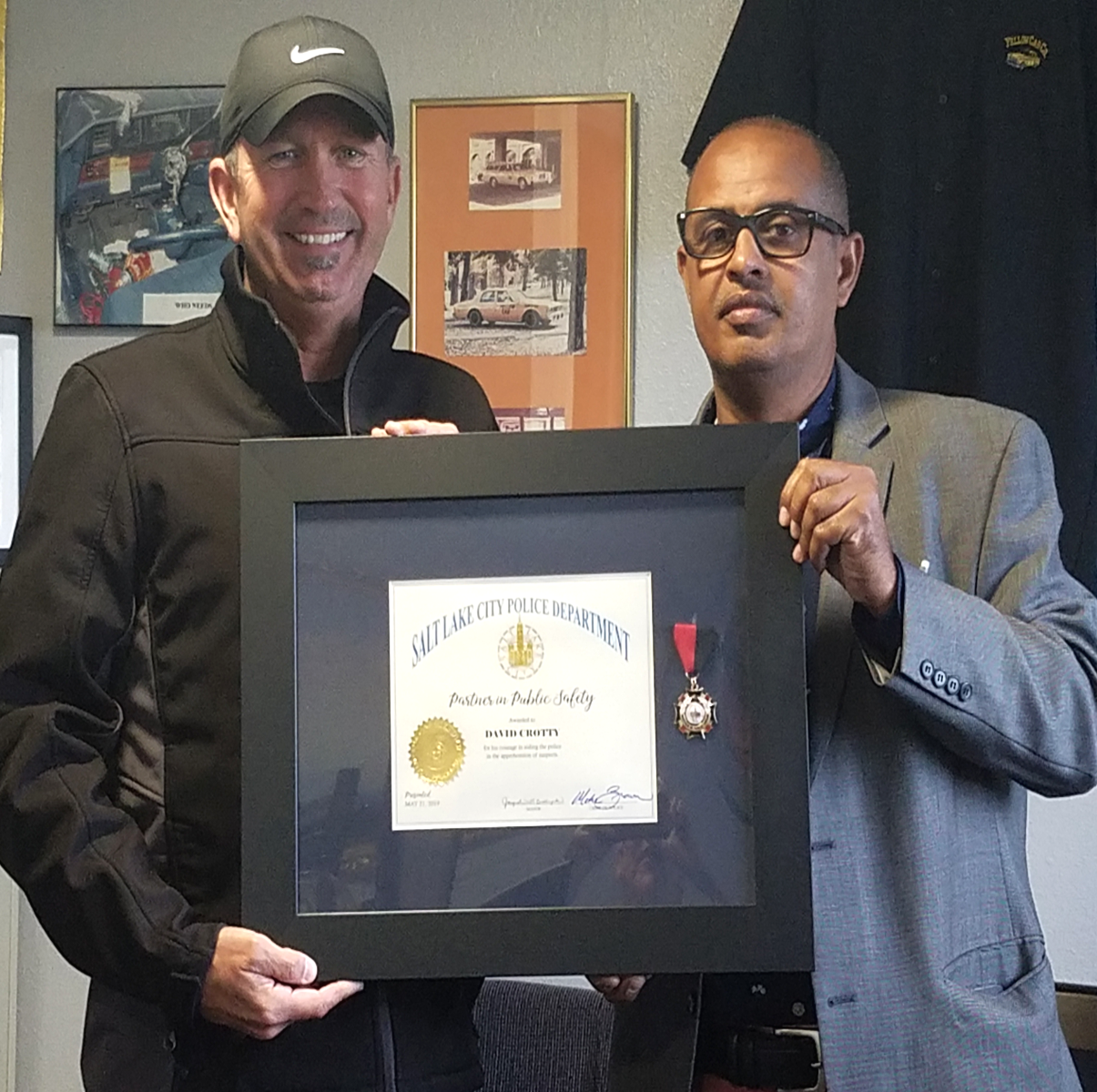 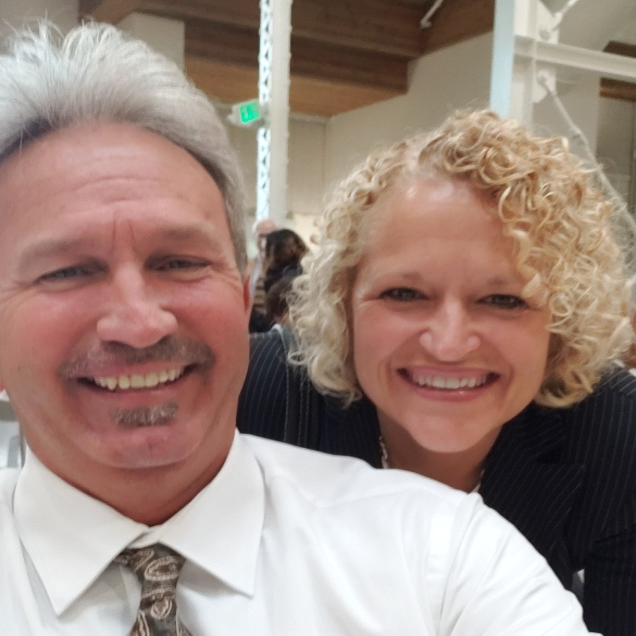 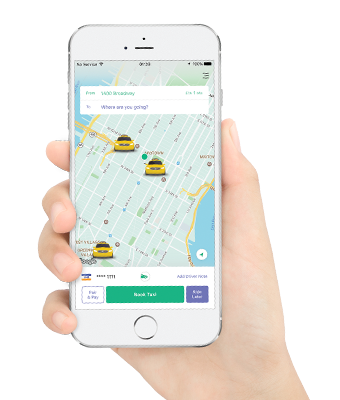 All the ways Yellow moves you...

No matter when how or why - Yellow Cab Utah has you covered.

Harnesses the awesome power of The Portal. No apps, no profiles, no phone. You control your transportation. The perfect business solution for large scale transportation logistics.

We have you covered there too. On line reservation booking is what we do best. After completing our reservation form you will receive a convenient email receipt for you to double check your information.

Meet us at our convenient luggage claims booths for the fastest way off the airport. If you've made a reservation, we're hoiding it for you there!

We have Customer Service Coordinators standing by 24/7. You can call us anytime and relax, knowing our high tech operations center will get you where you need to efficiently and safely. Call anytime.

Some of Yellow Cab's favorite places and events

Salt Lake is an interesting little city with lots of fascinating history. We also have great hotel accommodations, places to eat, and plenty of night life. Here's a few of our favorites. 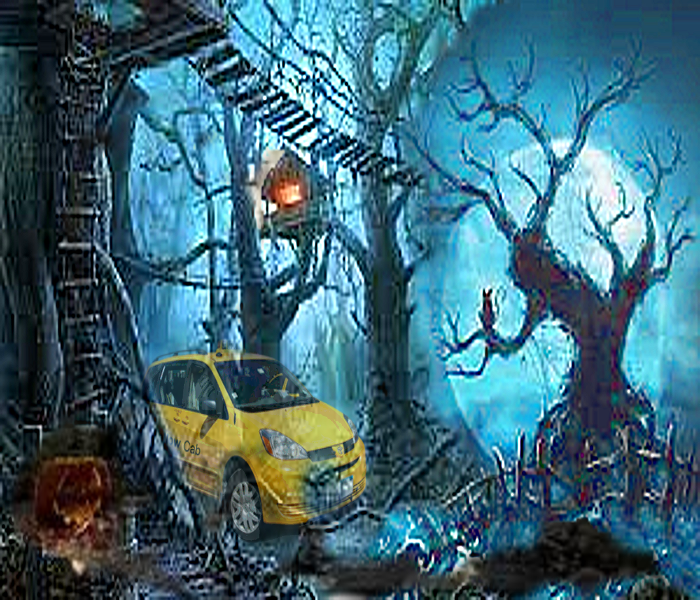 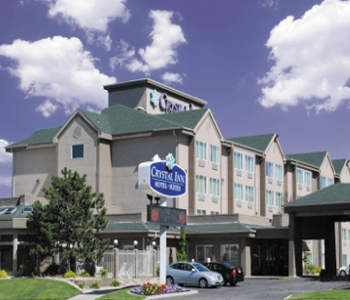 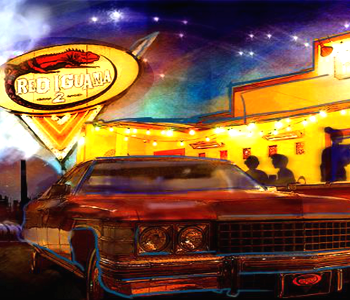 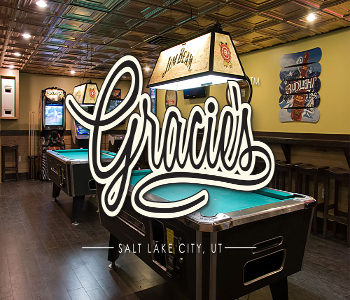 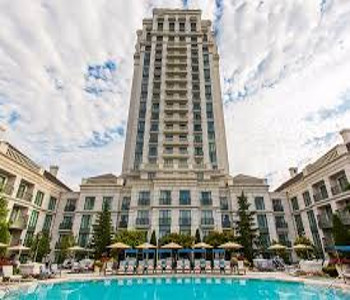 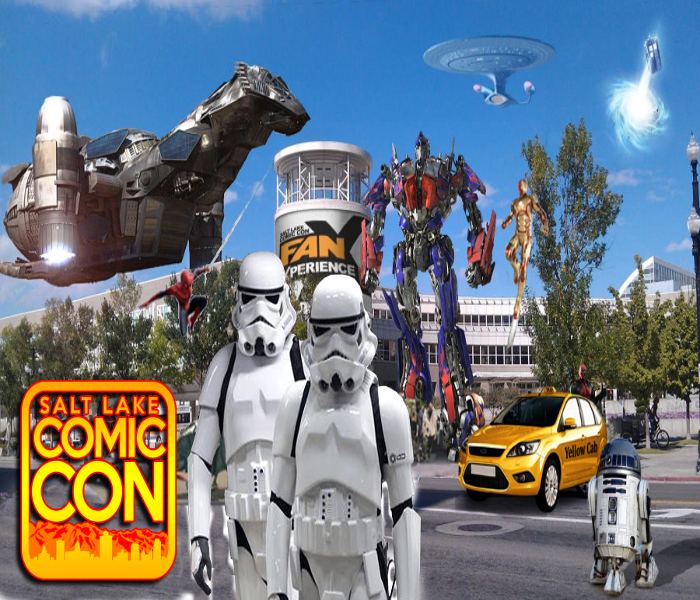